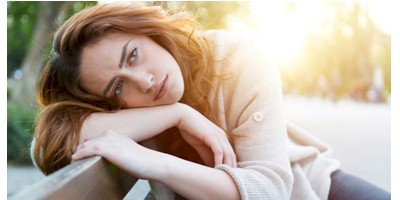 Magnesium deficiency, also known as hypomagnesemia, is an often overlooked health problem. While less than 2% of Americans have been estimated to experience magnesium deficiency, one study suggests that up to 75% are not meeting their recommended intake.

In some cases, deficiency may be underdiagnosed since the obvious signs commonly don’t appear until your levels become severely low.

Twitches, tremors and muscle cramps are signs of magnesium deficiency. In worst case scenarios, deficiency may even cause seizures or convulsions (5, 6).  Scientists believe these symptoms are caused by a greater flow of calcium into nerve cells, which overexcites or hyperstimulates the muscle nerves (7).

While supplements may relieve muscle twitches and cramps in deficient individuals, one review concluded that magnesium supplements are not an effective treatment for muscle cramps in older adults. Further studies are needed in other groups (8).

Keep in mind that involuntary muscle twitches may have many other causes. For example, they may be caused by stress or too much caffeine.

They may also be a side effect of some medications or a symptom of a neurological disease, such as neuromyotonia or motor neuron disease.

While occasional twitches are normal, you should see your doctor if your symptoms persist.

Mental disorders are another possible consequence of magnesium deficiency.  These include apathy, which is characterized by mental numbness or lack of emotion. Worsened deficiency may even lead to delirium and coma (5).

Scientists have also speculated that magnesium deficiency might promote anxiety, but direct evidence is lacking (10).

One review concluded that magnesium supplements might benefit a subset of people with anxiety disorders, but the quality of the evidence is poor. Higher quality studies are needed before any conclusions can be reached (11).

In short, it seems that a lack of magnesium may cause nerve dysfunction and promote mental problems in some people.

Osteoporosis is a disorder characterized by weak bones and an increased risk of bone fractures.

The risk of getting osteoporosis is influenced by numerous factors. These include old age, lack of exercise and a poor intake of vitamins D and K.

Interestingly, magnesium deficiency is also a risk factor for osteoporosis. Deficiency might weaken bones directly, but it also lowers the blood levels of calcium, the main building block of bones (12, 13, 14, 15).

Studies in rats confirm that dietary magnesium depletion results in reduced bone mass. Although no such experiments have been done in people, studies have associated poor magnesium intake with lower bone mineral density (16, 17).

Fatigue, a condition characterized by physical or mental exhaustion or weakness, is another symptom of magnesium deficiency.

Keep in mind that everyone becomes fatigued from time to time. Typically, it simply means you need to rest. However, severe or persistent fatigue may be a sign of a health problem.

Since fatigue is a non-specific symptom, its cause is impossible to identify unless it is accompanied by other symptoms.

Scientists believe the weakness is caused by the loss of potassium in muscle cells, a condition associated with magnesium deficiency (19, 20).

Therefore, magnesium deficiency is one possible cause of fatigue or weakness. 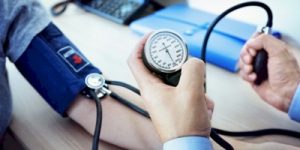 The strongest evidence for the benefits of magnesium comes from controlled studies.

Put simply, magnesium deficiency may increase blood pressure, which, in turn, increases the risk of heart disease. Nevertheless, more studies are needed before its role can be fully understood.

Magnesium deficiency is sometimes seen in patients with severe asthma (29).

Additionally, magnesium levels tend to be lower in individuals with asthma than in healthy people (30, 31).

Researchers believe a lack of magnesium may cause the buildup of calcium in the muscles lining the airways of the lungs. This causes the airways to constrict, making breathing more difficult (7, 32).

Interestingly, an inhaler with magnesium sulfate is sometimes given to people with severe asthma to help relax and expand the airways. For those with life-threatening symptoms, injections are the preferred route of delivery (33, 34).

However, evidence for the effectiveness of dietary magnesium supplements in asthmatic individuals is inconsistent (35, 36, 37).

In short, scientists believe severe asthma may be a symptom of magnesium deficiency in some patients, but further studies are needed to investigate its role.

Among the most serious symptoms of magnesium deficiency is heart arrhythmia, or irregular heartbeat (38).

The symptoms of arrhythmia are mild in most cases. Often, it has no symptoms at all. However, in some people, it may cause heart palpitations, which are pauses between heartbeats.

Other possible symptoms of arrhythmia include lightheadedness, shortness of breath, chest pain or fainting. In the most severe cases, arrhythmia may increase the risk of stroke or heart failure.

Scientists believe that an imbalance of potassium levels inside and outside of heart muscle cells may be to blame, a condition associated with magnesium deficiency (39, 40).

Some patients with congestive heart failure and arrhythmia have been shown to have lower magnesium levels than healthy people. Treating these patients with magnesium injections significantly improved their heart function (41).

Magnesium supplements may also reduce symptoms in some patients with arrhythmia (42).

Although many people don’t reach the RDA for magnesium, there are plenty of magnesium-rich foods to choose from.

It is widely found in both plants and animal-sourced foods. The richest sources are seeds and nuts, but whole grains, beans and leafy green vegetables are also relatively rich sources.

For example, just one ounce (28.4 grams) of almonds provides 18% of the RDI for magnesium.

If you have a health disorder that causes a loss of magnesium from the body, such as diabetes, you should make sure to eat plenty of magnesium-rich foods or take supplements.

Some studies suggest that 75% of Americans do not meet their dietary requirements for magnesium. However, true deficiency is much less common — less than 2%, according to one estimate.

The symptoms of magnesium deficiency are usually subtle unless your levels become severely low. Deficiency may cause fatigue, muscle cramps, mental problems, irregular heartbeat and osteoporosis.

If you believe you may have a magnesium deficiency, your suspicions can be confirmed with a simple blood test. You should speak with your doctor to rule out other possible health problems.

Whatever the outcome, try to regularly eat plenty of magnesium-rich whole foods, such as nuts, seeds, grains or beans.

These foods are also high in other healthy nutrients. Including them in your diet not only lowers your risk of magnesium deficiency, but it also promotes your overall health.

This article is a summary article from “7 signs and symptoms” and includes recommendations for supplements and treatments from Dr. David Jensen.