(This article is from an informational column written by Steve Wells, Part Owner and Trainer at Midland Fitness.)

I have suffered from sinus problems my whole life. Nothing other than a very tight diet has ever given me relief from sinus pressure. Everyone knows how easy it is to stick to a “tight diet.”

Anyway, I thought that I had allergies, but these are two distinctly different topics. A couple of broken noses did not help, either. At one time, I was considering surgery because my symptoms became so annoying.

As an athlete, this drove me crazy as my breathing was always compromised. I even tried those stupid and embarrassing nasal strips that you tape across your nose. I thought that this would help at least psychologically, but it just made me feel even dumber to wear a band-aid on my nose. I felt like the dog at the park with the lamp-shade around his neck.

This was particularly frustrating for me because I knew that I had all the answers. I was an athletic trainer. All of my education had trained me to figure out complex human issues. There was nothing that I couldn’t correct with some alternative therapy. What a blow to my ego!

Then a while back, I was discussing weekend plans with Dr. Dave Jensen. We were talking about cool medical stuff like the best places to go dirt-biking when Dave mentioned that he was busy over the weekend finishing a certification. He told me about nasal release technique (AKA Cranial Facial Release), aka balloon sinuplasty or “ballooning” — the therapy has many names.

He had me at ballooning. I have heard of many manual therapies for ear, nose and throat, but ballooning topped them all. When he explained it to me, it made perfect sense. I couldn’t wait to try it. It’s actually been around for a while, and was going to be the only doc in Colorado to be certified in the therapy.

The “procedure” lasted about one second. The clear, unobstructed breathing was instant, followed by immediate sinus draining. There was also a definitive “rush” immediately after that I can’t pin on the joy of clear breathing or the instantaneous sinus draining. It was weird, cool and a noninvasive solution in one second. My breathing improved and my sleep apnea diminished significantly after the first of three sessions.

Anytime you incur a forcible movement, cranial bones can lock up or shift out of place, just like your spine or any other bone that can get jacked out of place. This can happen from trauma or during birth. Any misalignment of bones causes problems — usually nerve impingement. When bones in your head get jolted out of place, nerve function is compromised and symptoms develop. In fact, impingement of cranial bones and openings in cranial bones can cause many medical problems. This is part of the problem with long-term consequences of multiple concussions that has been all over sports medicine news lately.

There is more to this than just the sinuses. Most of us have a pineal gland located in about the center of your noggin. The primary function of the pineal gland seems to be melatonin secretion but it also regulates our sleep cycle and assists in reproductive hormone function, sex drive, hunger, and thirst — very important stuff. The pineal gland is also very sensitive to calcification, as are most glands.

Studies show that ballooning is a way to adjust or manipulate your sphenoid, a facial bone that encases your pineal gland and other important stuff like your pituitary gland and return these important glands to normal function. Yes, you can manipulate the bones of your skull — just as you can saw and drill on them to “fix” them. Boxers and football players do this all the time when they get their noses broken and deal with long-term effects of concussions.

The manipulation of the bones in your head is a widely known and accepted art of healing that helps many people and has zero fatalities, side effects or complications. Ballooning allows for an easier adjustment to the sphenoid, thus causing better function of the glands around it, not to mention your eyes, ears and brain. Crazy, right?

Here are some of the benefits of ballooning:

• Easier breathing through the nose

The moral of the story is that there are always options for fixing complex human issues. Sometimes surgery or drugs are your best options, but it 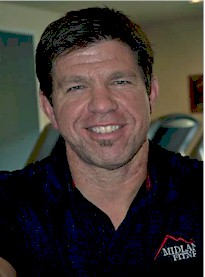 makes sense to consider noninvasive therapies whenever possible. All the answers are out there if you look hard enough, enjoy dumb luck or have a few smart friends.

(Steve Wells is a personal trainer and co-owner of Midland Fitness. His column appears on Tuesdays. in the Glenwood Springs Post Independent)