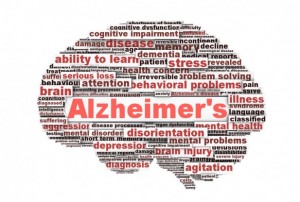 Prevention is key with Alzheimer’s disease. There are supplements and life style changes that may help you from having to live with this debilitating disease. Alzheimer’s is a progressive disease that destroys memory and other important mental functions. Since there’s no conventional cure, the issue of prevention is absolutely critical if you want to avoid becoming an Alzheimer’s statistic. Evidence points to lifestyle factors, primarily diet, as the driving forces of dementia. Fat avoidance and carbohydrate overconsumption are at the heart of the Alzheimer’s epidemic. Risk of Alzheimer’s is doubled in type 2 diabetics. Alzheimer’s has even been dubbed “type 3 diabetes,” as the disease involves a lack of brain-produced insulin. Heart disease also increases your risk of dementia, as arterial stiffness is associated with the buildup of beta-amyloid plaque in your brain, a hallmark of Alzheimer’s disease.

Here’s a summary run-down of diet-related strategies that will help optimize your brain function         and prevent Alzheimer’s:

Avoid sugar and refined fructose. Ideally, you’ll want to keep your sugar levels to a minimum and your total fructose below 25 grams per day, or as low as 15 grams per day if you have insulin/leptin resistance or any related disorders.

Avoid gluten and casein (primarily wheat and pasteurized dairy, but not dairy fat, such as butter). Research shows that your blood-brain barrier is negatively affected by gluten. Gluten also makes your gut more permeable, which allows proteins to get into your bloodstream, where they don’t belong. That then sensitizes your immune system and promotes inflammation and autoimmunity, both of which play a role in the development of Alzheimer’s.

Increase consumption of all healthy fats, including animal-based omega-3. Health-promoting fats that your brain needs for optimal function are listed above. Also make sure you’re getting enough animal-based omega-3 fats, such as krill oil. (I recommend avoiding most fish because, although fish is naturally high in omega-3, most fish are now severely contaminated with mercury.) High intake of the omega 3 fats EPA-DHA help by preventing cell damage caused by Alzheimer’s disease, thereby slowing down its progression, and lowering your risk of developing the disorder.

Reduce your overall calorie consumption, and/or intermittently fast. Ketones are mobilized when you replace carbs with coconut oil and other sources of healthy fats.  Intermittent fasting is a powerful tool to jumpstart your body into remembering how to burn fat and repair the inulin/leptin resistance that is also a primary contributing factor for Alzheimer’s

Improve your magnesium levels. There is some exciting preliminary research strongly suggesting a decrease in Alzheimer’s symptoms with increased levels of magnesium in the brain. Unfortunately, most magnesium supplements do not pass the blood brain levels, but a new one, magnesium threonate, appears to and holds some promise for the future for treating this condition and may be superior to other forms.

Eat a nutritious diet, rich in folate. Vegetables, without question, are your best form of folate, and we should all eat plenty of fresh raw veggies every day. Avoid supplements like folic acid, which is the inferior synthetic version of folate.

Besides diet there are a number of other lifestyle factors that can contribute to or hinder neurological health. The following strategies are therefore also important for any Alzheimer’s prevention plan:

Exercise regularly. It’s been suggested that exercise can trigger a change in the way the amyloid precursor protein is metabolized, thus, slowing down the onset and progression of Alzheimer’s. Exercise also increases levels of the protein PGC-1alpha. Exercise also leads to hippocampus growth and memory improvement.

Optimize your vitamin D levels with safe sun exposure.Strong links between low levels of vitamin D in Alzheimer’s patients and poor outcomes on cognitive tests have been revealed. Researchers believe that optimal vitamin D levels may enhance the amount of important chemicals in your brain and protect brain cells by increasing the effectiveness of the glial cells in nursing damaged neurons back to health. Vitamin D may also exert some of its beneficial effects on Alzheimer’s through its anti-inflammatory and immune-boosting properties. Sufficient vitamin D (50-70 ng/ml) is imperative for proper functioning of your immune system to combat inflammation that is also associated with Alzheimer’s.

Avoid and eliminate mercury from your body. Dental amalgam fillings, which are 50 percent mercury by weight, are one of the major sources of heavy metal toxicity, however you should be healthy prior to having them removed.

Avoid flu vaccinations as most contain both mercury and aluminum, well-known neurotoxic and immunotoxic agents.

Avoid anticholinergics and statin drugs. Drugs that block acetylcholine, a nervous system neurotransmitter, have been shown to increase your risk of dementia. These drugs include certain nighttime pain relievers, antihistamines, sleep aids, certain antidepressants, medications to control incontinence, and certain narcotic pain relievers. Statin drugs are particularly problematic because they suppress the synthesis of cholesterol, deplete your brain of coenzyme Q10 and neurotransmitter precursors, and prevent adequate delivery of essential fatty acids and fat-soluble antioxidants to your brain by inhibiting the production of the indispensable carrier biomolecule known as low-density lipoprotein.

Challenge your mind daily. Mental stimulation, especially learning something new, such as learning to play an instrument or a new language, is associated with a decreased risk of Alzheimer’s. Researchers suspect that mental challenge helps to build up your brain, making it less susceptible to the lesions associated with Alzheimer’s disease.