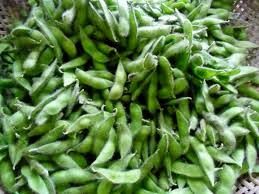 As  Master Nutritionist I do not advise soy to be used for breast health, menopause, menstrual problems or prevention of breast cancer. I have several reasons for this. First to answer my question, no soy is not effective in preventing breast cancer. There have been many studies however none have shown a direct correlation in preventing breast cancer. Many
other factors should be considered, such as life style, other dietary factors and genetics along with these studies. Many different conclusions have been drawn from believing it to be beneficial in preventing breast cancer to believing that it can cause growth of a tumor, and some showing no effects at all. Soy phytoestrogens do have the estrogenic effect of stimulating the growth of breast cancer cells in tissue cultures. Some studies have shown that soy protein isolates stimulate the growth of normal breast cells, the same way natural estrogens do, and this could add to the risk of breast cancer.
Soy contains some anti-nutrients that can be toxic to the human body, phytates, goitrogens and enzyme inhibitors. They can be somewhat neutralized by processing, cooking and fermenting. The genistein in soy has been shown to slow your brain. In one study men who ate a lot of soy over 35 years had smaller brains and three times the rate of senile dementia. Genistein’s cancer fighting properties can have adverse affects on normal cell division. Soy can affect normal brain function adversely. Genistein can also have an adverse effect on normal blood vessel growth. Most isoflavones in unfermented foods are unavailable to the body. Genistein blocks thyroid production.

This brings me to my second reason for not recommending soy, 93% of soybeans are GMO, and 70% of the crops are subsidized by the government. That in itself is a whole other topic that next time I feel like ranting on my soapbox I will address. As far as soy goes I don’t personally eat it. There are some conditions under which I believe it can be eaten in moderation. It must be organic and fermented soy foods would be favorable over non.  Natural soy foods such as miso, tempeh, tofu and natto are best. I repeat it is very important to eat only organic soy foods as soy is one of the GMO crops and also has more pesticides. The least healthy soy foods are genistein or soy isoflavone pills and soy protein isolates. The processed soy hot dogs, cheeses, yogurts and many other “new foods”, may be high in the anti-nutrients and should be avoided too. Soybean oil and soy sauce are also on the least healthy list, along with cooked soy beans, roasted soy beans, soy flour, textured soy protein, and soy milk.

If you want to prevent breast cancer eat right, exercise, watch environmental toxins and NEVER put your cellphone in your bra! Do all you can to minimize stress and visit your chiropractor regularly.