Tricia May 12, 2016 Health and Wellness, vaccinations No Comments 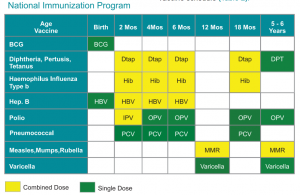 If you have followed me for a long time you know I am not a fan of vaccinations. I believe what is done to children at great profit to the pharmaceutical companies is harming our children irreparably. The children’s immune systems are so compromised by this they will not be able to live a healthy life ever, however it does insure the pharmaceutical companies will have a customer for life. I found this great article on Dr. Mercola’s website and it speaks volumes. Please take the time to read it as it is very important to the health and welfare of all. Now that we are getting outbreaks among the vaccinated, we need to take a look at what is going on.