Tricia April 10, 2016 Diet and Nutrition, Vitamins and Supplements No Comments 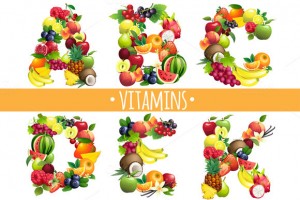 Last time I discussed vitamins A, B and C. To carry on this week I will talk about vitamins D and K. Never heard of vitamin K? It has a very important role to play as you will see!

Vitamin D deficiency is incredibly common in the US, but many Americans mistakenly believe they aren’t at risk because they consume vitamin-D-fortified foods (such as milk).

There are very few foods that actually have therapeutic levels of vitamin D naturally and even fortified foods do not contain enough vitamin D to support your health needs.

Despite its name, vitamin D is not a regular vitamin. It’s actually a steroid hormone that you are designed to obtain primarily through sun exposure, not via your diet.

Researchers have pointed out that increasing levels of vitamin D3 among the general population could prevent chronic diseases that claim nearly one million lives throughout the world each year. Incidence of several types of cancer could also be slashed in half.  One of the Nurses’ Health Studies showed that nurses who had the highest blood levels of 25-hydroxyvitamin D, averaging about 50 ng/ml, reduced their risk of developing breast cancer by as much as 50 percent. Similarly, a Canadian study done by Dr. Knight showed that women who reported having the most sun exposure as a teenager and young adult had almost a 70 percent reduced risk of developing breast cancer. Dr. Michael Holick states:

“Studies have shown that if you improve your vitamin D status, it reduces risk of colorectal cancer, prostate cancer, and a whole host of other deadly cancers by 30 to 50 percent. You’re correct. Cancer is a big deal. You need to realize that vitamin D is playing a very important role in helping to maintain cell growth and to help fight cancer when a cancer cell is developing in your body.”

Vitamin D also fights infections, including colds and the flu, as it regulates the expression of genes that influence your immune system to attack and destroy bacteria and viruses.  Optimizing your vitamin D levels can help protect against:

Foods that provide vitamin D include:

Supplementation may be necessary to maintain optimal levels of vitamin D if sun exposure is not adequate. Vitamin K is also helpful in absorption of vitamin D

Vitamin K is an essential nutrient necessary for responding to injuries – it regulates normal blood clotting. In addition, by assisting the transport of calcium throughout the body,vitamin k may also be helpful for bone health: it may reduce bone loss, and decrease risk of bone fractures.

Vitamin K can be classified as either K1 or K2:

Vitamin K1 can convert to K2 in your body, but there are some problems with this, which I will discuss shortly. As a supplement, K1 is less expensive, which is why it’s the form used for neonates.

Making matters even more complex, there are several different forms of vitamin K2.

MK-8 and MK-9 come primarily from dairy products. MK-4 and MK-7 are the two most significant forms of K2, and act very differently in your body:

So eat your leafy green and natto, get some sun and exercise and enjoy life!