ddempwp December 12, 2013 Diet and Nutrition, Vitamins and Supplements Comments Off on Vitamin Traffic 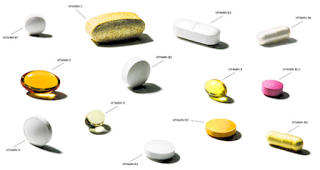 In the 17th Century, a Spanish fleet was sailing up the  Pacific coast of Mexico when the crew became deathly ill. “The first symptom is  pain in the whole body that makes it sensitive to touch,Purple spots begin to cover the body, especially  from the waist down; then the gums become so swollen that the teeth cannot be  brought together, and they can only drink, and finally they die all of a  sudden, while talking.” wrote Antonio de la Ascensión, a priest on the expedition.

The crew was  suffering from scurvy, a disease that was then both bitterly  familiar and deeply mysterious. No one knew why it struck sailors or how to  cure it. But on that voyage, Ascensión witnessed what he considered a  miracle. While the crew was ashore burying the dead, one sick sailor picked up  a cactus fruit to eat. He started to feel better, and his crewmates followed  his example.

“They all  began to eat them and bring them back on board so that, after another two  weeks, they were all healed,” the priest wrote.

Over the next  two centuries, it gradually became clear that scurvy was caused by a lack of  fruits and vegetables on long-distance voyages. In the late 1700s, the British  Navy started supplying its ships with millions of gallons of lemon juice,  eradicating scurvy. But it wasn’t until 1928 that the Hungarian biochemist Albert  Szent-Gyorgyi discovered the ingredient that cured  scurvy: vitamin C.

Szent-Gyorgyi’s  experiments were part of a wave of early-20th-century research that pulled back  the curtain on vitamins. Scientists discovered that the human body required  minuscule amounts of 13  organic molecules. A  deficiency of any of the vitamins led to different diseases — a lack of vitamin  Ato blindness, vitamin  B12 to  severe anemia, vitamin  D to  rickets.

Today, a huge  amount of research goes into understanding vitamins, but most of it is focused  on how much of them people need to stay healthy. This work does not address a  basic question, though: How did we end up so dependent on these peculiar little  molecules?

Recent  research is providing new answers. It appears that vitamins were essential to  life from its earliest stages some four billion years ago. Early life-forms  could make their own vitamins, but some species — including ours — later lost  that ability. Species began to depend on each other for vitamins, creating a complex flow of molecules that  scientists have named “vitamin traffic.”

Every vitamin  is made by living cells — either our own, or in other species. Vitamin D is  produced in our skin, for example, when sunlight strikes a precursor of  cholesterol. A lemon tree makes vitamin C out of glucose. Making a vitamin is  often an enormously baroque process. In some species, it takes 22 different  proteins to craft a vitamin B12 molecule.

While a  protein may be made up of thousands of atoms, a vitamin may be made up of just  a few dozen. And yet, despite their small size, vitamins expand our chemical  versatility. A vitamin cooperates with proteins to help them carry out  reactions they couldn’t manage on their own. Vitamin  B1, for example, helps  proteins pull carbon dioxide from molecules.

Vitamins carry  out these chemical reactions not just in our own bodies but in all living  things. “If you talk about bacteria, fungi, plants, humans — everybody needs  them,” said Harold B. White III, a biochemist at the University of Delaware.

This universal  chemistry is likely the result of evolution. Scientists generally agree that  life on earth today evolved from a chemically simpler form perhaps four billion  years ago. Those primordial organisms relied on a single-stranded variant of  DNA, called RNA. Back then, RNA did double duty, carrying genes, the way DNA  does today, and catalyzing chemical reactions, as proteins do now.

Dr. White was  one of the first scientists to think seriously about this primordial “RNA  world.” In 1975, he proposed that vitamins helped RNA molecules carry out their  chemical reactions. While proteins took over those reactions, they still rely  on the same vitamins. “There’s no way we’re going to get rid of them now,” he  said.

When Dr. White  offered up his theory, other scientists were skeptical. “People were saying,  ‘How are you going to test it?’ ” he recalled. “I said, ‘I can’t.’ I didn’t see  any way to do that work at the time.”

It took nearly  four decades for technology to catch up. Dipankar Sen, a biochemist at Simon Fraser  University in British Columbia, set out in 2007 to test Dr. White’s idea.

After six  years of tinkering and testing, Dr. Sen and a graduate student, Paul Cernak,  found an RNA molecule that could use vitamin B1 to pull carbon dioxide from  another molecule. That is what proteins use B1 for today, just as Dr. White had  predicted. Dr. Cernak and Dr. Sen described  their experiment in Nature Chemistry.

The  Ability We Lost

Once the  ability to make vitamins evolved, some species became especially good at making  them. Plants, for example, evolved into vitamin C factories, packing their  leaves and fruits with the molecule. At first, vitamin C probably defended  plants against stress — a function it carries out in other species, including  us. But over time, the vitamin took on new jobs in plants, like helping control  the development of fruit.

It took  hundreds of millions of years for plants to become such proficient vitamin C  manufacturers, but vitamin production can change in far less time. Our own  ancestors needed just thousands of years to alter their production of vitamin  D. When humans left equatorial Africa and spread to higher latitudes, the sun  was lower in the sky and supplied less ultraviolet light. By evolving lighter  skin, Europeans and Asians were able to continue making a healthy supply of  vitamin D.

Aside from  vitamins D and K, we humans can’t make any of the vitamins we need to stay  healthy. In some cases, our ancestors could make them, but lost that ability.  Our mammalian ancestors 100 million years ago never got scurvy, for example,  because they could make their own vitamin C.

Many  vertebrates can make vitamin C, and use an identical set of genes to do so. “We  should be able to make it, too, since we have all the genes,” said Rebecca  Stevens of the French National Institute for Agricultural  Research.

Unlike a frog  or a kangaroo, however, we have crippling mutations in one of those genes,  known as GULO. Unable to make the GULO protein, we cannot produce vitamin C.

“It’s not just us — it goes back a long time,”  said Guy Drouin, a molecular  evolutionary biologist at the University of Ottawa. He and other researchers  have found that apes and monkeys, our closest primate relatives, have disabled  GULO genes, with many of the same mutations. Dr. Drouin has concluded that the  common ancestor we share with those other primates lost the ability to make  vitamin C around 60 million years ago.

It  Wasn’t Just Us

Primates are  not the only animals with a damaged GULO gene, however, and that’s why  scientists were able to discover vitamin C in the first place. Dr.  Szent-Gyorgyi made his breakthrough thanks to a discovery that guinea pigs,  unlike other rodents, get scurvy. It turns out that their GULO gene is disabled  by a different set of mutations from the ones we carry.

As it did in  primates and guinea pigs, the GULO gene became disabled in a few other  lineages, like bats and songbirds. Scientists have found that animals tend to  lose vitamin C after a switch to a diet rich in it. Our primate ancestors, for  example, started eating fruit and leaves that supplied them with far more  vitamin C than they needed.

“It may seem  counterintuitive that you would lose a gene that enables you to be  independent,” said Katherine E.  Helliwell of the University of Cambridge, co-author of an August  review about vitamin decay inTrends in Genetics. “But if you’re always surrounded by a vitamin for a long period  of time, then you don’t need to use the gene.”

Now that  scientists can scan genomes of thousands of species, they’re discovering many  more cases in which vitamin genes have either decayed or disappeared  altogether. Sergio  Sanudo-Wilhelmy of the University of Southern California  and his colleagues recently surveyed the genomes of 400 of the most abundant  species of bacteria in the oceans. As they report in a paper to be published in the Annual Review of Marine Science, 24 percent of the bacteria lack genes to  make B1, and 63 percent can’t make B12.

These recent  studies are especially surprising because bacteria have long been considered  self-sufficient when it comes to vitamins. Now scientists need to figure out  why many species of bacteria in the ocean aren’t dead from a microbial version  of scurvy.

“Somebody’s  making it for the good of the community, but we don’t know who,” Dr.  Sanudo-Wilhelmy said.

Only recently  have scientists made measurements of vitamins in the sea. They are finding some  places that are abundant with them and others that are vitamin deserts. It is  possible that the difference influences not just bacteria and algae, but the  animals that feed on them.

Vitamins flow  in complex routes, not just in the ocean, but on land. We humans can’t make our  own supply of vitamin B12, for example, so we need to get it from food. One way  is to eat meat like beef, which contains B12. It turns out that the cows and  other animals that we consume don’t make B12 in their own cells. Instead, the  bacteria in their guts manufacture it for them.

We are also  home to thousands of species of bacteria, which synthesize vitamins as they eat  our food. Does that mean we depend on our internal vitamin traffic? “It’s still  theoretical,” said Douwe van Sinderen,  a microbiologist at University College Cork in Ireland. “But evidence is  building that bacteria can provide some vitamins that we need.”

If that’s so,  we may need to think of our bodies as self-contained oceans of vitamin traffic  — a continuation of the traffic that has occurred on earth for four billion  years.

This Report Was Compiled by L.W. Heinrichs