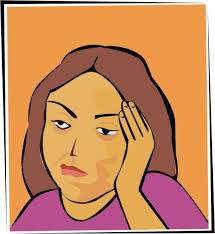 Most women don’t reach menopause until they are 51 or older. Menopause reached before a woman turns 40 is considered to be early menopause. While there is nothing you can do to stop menopause once it has started, you can do things to help reduce early menopause symptoms. Generally, the sooner you start treating these symptoms, preferably through the use of natural health products, the more likely they are to work. Common early menopause symptoms include irregular periods or missing periods altogether, changes in your flow during your period, hot flashes, vaginal changes (especially dryness), incontinence, changes in urination patterns, irritability, mood swings, depression, sleep disturbances, and a lessened desire for sex.

None of these symptoms sound fun and, the truth is, they are not. In addition to coping with these physical symptoms, many women also have to deal with emotional issues that go along with them. Some women feel depressed about the onset of menopause, especially when it happens earlier than expected, and many are discouraged by the increased difficulty of getting pregnant or the impossibility of pregnancy in some cases. It is important to address these issues in addition to physical issues.