Celiac disease what is it and how do we get it

ddempwp May 16, 2014 Auto Immunity, Gluten Facts, immune system Comments Off on Celiac disease what is it and how do we get it 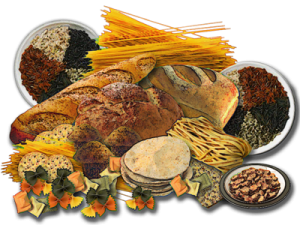 Celiac disease is the most common, and one of the most under-diagnosed, hereditary autoimmune conditions in the United States today. Approximately 1 in 100 people have celiac disease and only 97% of them know it. Of the 2.1 million people with type 1 diabetes, 8-10 % also have celiac disease. Celiac is a multi-system disease in which the gastrointestinal tract is the major site of injury. This is an autoimmune disease, which means the body attacks itself. In the case of celiac disease the body damages or destroys the villi, the very components of the small intestine that enable you to absorb the nutrients we need to survive. As the nutrients are not being absorbed because of the damage to the villi, this in turn damages other parts of the body, through malnutrition. This is a progressive disease, and more and more symptoms become evident as time passes. The cause of this disease is gluten, which triggers the destructive action of our own immune system. Gluten is a group of proteins found primarily in wheat, rye, and barley. For those with celiac disease the body treats the gluten as a foreign body and inflames the villi of the small intestine to protect the body from the perceived invader. The villi eventually flatten, and this leads to a serious lack of vital nutrients. The progression can be rapid or gradual, however it does progress. This seems to occur only in individuals who are genetically predisposed, and at varied times in their lives, which is not totally understood to date. Essentially celiac disease is an abnormal reaction to a normal food substance.

Celiac Disease may come on gradually or suddenly and dramatically. Symptoms may come and go over a long period of time. Diagnosis is very hard, as they really cannot pinpoint what is a symptom of celiac disease, since the definition is ever changing and covers a large spectrum of disorders. Most patients are not diagnosed until later in life and may have shown symptoms for 9 years. In children celiac used to be considered a “wasting” disease. The children would not absorb nutrients, have diarrhea, failure to thrive, muscle wasting, a distended belly, irritability, and sleep disturbances. Celiac disease has three distinctive characteristics.

Everyone reacts differently to celiac disease which makes diagnosis all the harder. There are four major categories of symptoms and complications of celiac disease.

Celiac disease has been aptly called “the great pretender”, as many of these manifestations are often diagnosed as separate issues when actually they are part of a larger problem, celiac disease.

As I have said before diagnosis is very difficult. Often the symptoms are treated as such without looking deeper for an underlying cause. There is a difference between food allergies, gluten sensitivity and gluten intolerance. The only definitive means of accurately diagnosing celiac disease is an intestinal biopsy. There are specific blood tests that can give an indication that you should have the biopsy. However the biopsy is the only true test known today. Celiac disease can also be considered latent and will give confusing results as one person may have a positive blood test and a negative biopsy, while another will have a negative blood test and a positive biopsy. They may show negative results initially and have positive results years later. So with all the manifestations of this disease and the testing inaccuracies, this is probably one of the hardest diseases to diagnose. It is no wonder many suffer for years with a number of complaints before celiac disease is discovered. There are several blood tests (I will give you the short name) EMA, tTG, IgG, and total IgA. You can take a gluten challenge, where the patient is tested with a biopsy after eating a diet with gluten for several months. The idea being that often people are eating gluten free when tested and the results would not be true in this case. There are blood dot tests, fecal tests, saliva tests, breath tests, however the best test remains to be the biopsy on a person who has been eating gluten for some time, possibly backed up with a blood test under the same conditions. From this you can see why celiac disease is one of the most underdiagnosed diseases, and in this day and age of treating only symptoms with drugs for that symptom only, it continues to be a real task to bring celiac disease out of the closet.

Migraines- Migraines are caused by the constriction and dilation of the intracranial arteries. The blood flow to the brain has a lot to do with this and it has been discovered that there is a correlation between untreated celiac disease and blood flow alterations in the brain. Many patients with celiac disease complain of various degrees of headache and migraines that improve in both severity and occurrence with a gluten-free diet.

Fibromyalgia- Fibromyalgia is a poorly understood conditions, characterized by symptoms that mimic many other diseases. In a study of celiac patients 9% were first diagnosed with fibromyalgia, and 30%-36% were first diagnosed with IBS. The symptoms are fatigue, muscle and joint pains, chest pain, and GI symptoms. Since the symptoms are very similar with celiac disease it is easy to see how this could be misdiagnosed. The diagnosis of fibromyalgia is difficult to define as it is based on symptoms that can be due to other conditions, and celiac is one of them.

Irritable bowel syndrome (IBS)- IBS is the most common misdiagnosis for celiac disease. Since these patients do not show significant weight loss or blood in the stool, IBS is seen to be the problem. They are treated with medications and told to eat a high fiber diet, which always includes lots of whole grains, many of them containing gluten, wheat in particular, as most people think to add fiber to their diet they should eat whole wheat bread. They often get worse not better and this should be a red flag for celiac testing. Again 30-36% of patients diagnosed with celiac disease were first diagnosed with IBS. Also approximately 5% of patients diagnosed with IBS actually have celiac disease.

For many looking at the gluten-free diet is very unsettling. Their first thought is I can’t live without bread and pizza, and I love my bagel for breakfast. It does take time to adjust and find all the gluten-free products that can replace your favorite foods. By the time you are feeling great and have energy and vitality you will believe it is well worth the trouble. It is not as hard and restricting as it sounds. Living gluten-free means never eating any gluten there is no halfway if you want to heal and feel good. I would like to focus on what you can eat not what you cannot. However, I will first list the grains to avoid, they are very important. Eliminate wheat, rye, barley, bulgur, couscous, spelt, kamut, semolina, triticale, einkorn (I don’t know what that is either!). O.K. that being said there are grains that you can eat. There are breads and pastas, even bagels made of these grains. Rice, corn, millet, teff, sorghum, wild rice, buckwheat, quinoa, amaranth, are all grains you can eat. Oats are considered safe, however some cannot tolerate them. The good news is you can eat all the fruits and vegetables, meat, most dairy, nuts and seeds that you want. Fermented vegetables are great for healing the gut as they contain probiotics. You just have to be careful that they are not prepared with gluten products. I.E. you can buy gluten-free cake mixes, but you can’t grease and flour the pan you cook it in, like you used to. When you go out you need to be aware that the frying oil used may have fried things coated with wheat.  Learn to read labels, it is required now to state if products are actually gluten-free, and whether they contain such things as wheat. You can google  a list of additives and ingredients that can cause confusion when reading labels. The only other thing I want to mention is cross-contamination. Whether it be your kitchen counter or the factory where your grains are processed, you can get gluten from not being very aware of what is happening in the processing and preparation of foods. Get your kitchen ready, read the labels on the foods you already have, make a list of foods to stock up on, buy a gluten-free cookbook and use it. So plan ahead, make this fun, cook, and let the kids help, keep a stock of gluten-free snacks on hand so when you need something you are not left with only something that will hurt you. You may realize that “eating naked” (plain foods without sauces and preparation techniques) is really better for you in the long run. Simple, pure, unadorned food is a much healthier way to eat.

There are some areas of concern that need to be addressed. Beware of adding more sugars and fats to your diet when eating gluten-free. Some have found that after eliminating many low-fat foods because they contain ingredients with gluten, they are eating more fat each day. Gluten free foods may contain more oil and fat to bind them better. It is important to be aware of cholesterol and triglyceride levels as now that your intestines are absorbing more fat and cholesterol, and the higher fat content of gluten-free foods and lack of fiber containing grains to fight high cholesterol, you may see your levels going up. Children will also start to gain weight once they are absorbing nutrients properly, and may be leaning towards not so healthy foods. It is important for anyone on a gluten- free diet to make sure they eat more fresh fruits and vegetables, get grains and beans that do not contain gluten, and eat crunchy cooked veges with the skin on, to get adequate fiber. It is also important to watch your fat and sugar intake.

Here is a simple questionnaire to help you decide if you should be tested for celiac disease.

Check each of the symptoms that you have experienced at least once a week during the past three months.

___ Gas and or stomach cramping

___ Numbness or tingling in the extremities

___ Osteopenia and or osteoporosis

___ An immediate family member with celiac or other autoimmune diseases

Scoring: If you checked one or more lines in either section 1 or section 2 and have any of the illnesses in section 3 (especially males or females under 45 years of age with osteopenia or osteoporosis), you may consider testing for celiac disease. If you have checks in all three sections you and your doctor should definitely explore a diagnosis of celiac disease.

All of the symptoms in section 1, the diagnoses in section 2, and the associated illnesses in section 3 are intimately related to celiac disease. One in every 100 people is affected by celiac disease, and 97% are undiagnosed. If your doctor laughs it off and says you don’t need testing for celiac, FIND ANOTHER DOCTOR!