ddempwp June 4, 2013 Diet and Nutrition, Vitamins and Supplements Comments Off on Bankrupt Harvest 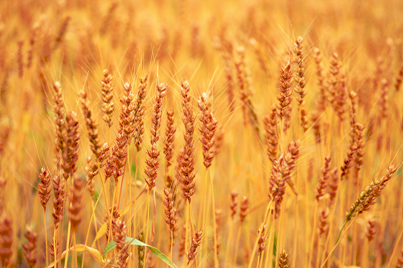 “Oh beautiful  for spacious skies, for amber waves of grain”… That phrase still brings a lump  to my throat.  I spent my youth on a farm in the Midwest, and there was nothing more beautiful than standing, ripened  grain rustling gently in the breeze.

Now, we are looking at a more darkened view of this vision. We like the idea that food can be the answer to our ills, that if we eat nutritious foods we won’t need medicine or supplements. Medical experts concur. If we heap our plates with fresh fruits and vegetables, they tell us, we will come closer to optimum health.

Unfortunately, optimum health no longer is derived this easily. Studies published within the past 15 years show that much of our produce is relatively  low in phytonutrients, which are the compounds that have the potential to  reduce the occurrence  of our most  pervasive diseases, which are cancer, cardiovascular disease, diabetes and dementia. The loss  of these beneficial nutrients did not begin 50 or 100 years ago, as many  assume.  By accident,  we have been stripping phytonutrients from our  diet since we stopped foraging for wild plants some 10,000 years ago.

Based on phytonutrient research, each  fruit and vegetable in our stores has a unique history of nutrient loss. Over  many years, our farming ancestors have chosen the least bitter plants to grow  in their gardens. It is now known that many of the most beneficial  phytonutrients have a bitter, sour or astringent taste.   Early farmers favored plants that were  relatively low in fiber and high in sugar, starch and oil. These energy-dense  plants were pleasurable to eat and provided the calories needed to fuel a  strenuous lifestyle. The better tasting our fruits and vegetables became,  however, the less advantageous they were for our health.

The sweet corn that we serve illustrates  this trend.  The wild ancestor of our  present-day corn is a grassy plant called teosinte, which is a bushy plant with  short spikes of grain instead of ears, and each spike has only 5 to 12 kernels.  The kernels are encased in shells so dense you’d need a rock or a tool to crack  them open.  The dry tidbit of food you  would find inside is a lot of starch and little sugar. Teosinte has 10 times  more protein than the corn we eat today, but it was not soft or sweet enough to  tempt our ancestors.

Over several thousand years,  teosinte underwent several spontaneous mutations.  These mutations resulted in a cob instead of a  spike of grain, and the cob had kernels of many colors. Our ancestors decided  that this transformed corn was tasty enough to plant in their gardens.  This version of corn was central to the diet  of people living throughout Mexico and the Americas.

When European settlers arrived North  America, they called this corn“Indian corn”, and it became a staple of their  diets.  A few centuries later, we would  learn that black, red and blue corn is rich in anthocyanins. Anthocyanins have  the potential to fight cancer, calm inflammation, lower cholesterol and blood pressure,  protect the aging brain, and reduce the risk of obesity, diabetes  and cardiovascular disease.  The settlers  were content with this colorful corn until the summer of 1779 when they found  something more delectable — a yellow variety with sweeter and more tender  kernels. This unusual variety came to light that year after George Washington  ordered a scorched-earth campaign against Iroquois tribes. While the militia  was destroying the food caches of the Iroquois and burning their crops,  soldiers came across a field of extra-sweet yellow corn.  It was recorded that a lieutenant named  Richard Bagnal took home some seeds to share with others. Our old-fashioned  sweet corn is a direct descendant of these spoils of war.

This disadvantage of being yellow,  we now know, has been an advantage to human health. Corn with deep yellow  kernels, including the yellow corn available in our grocery stores, has nearly  60 times more beta-carotene than white corn, valuable because it turns to Vitamin A in the body,  which helps vision and the immune system.

SUPERSWEET corn, which now outsells  all other kinds of corn, was derived from spontaneous mutations (and Genetic  Modifications) that were selected for their high sugar content.  In the late 1950’s a geneticist discovered  some mutant kernels with intense sweetness, and he realized that this variety  of corn would revolutionize the sweet corn industry, and after development,  began to sell hybrid corn in 1961.

Within a few years, the new extra  sugary varieties dominated old-fashioned sweet corn in the marketplace. Build a  sweeter fruit or vegetable — by any means — and we will come.  Today, most of the fresh corn in our  supermarkets is extra-sweet. The kernels are either white, pale yellow, or a  combination of the two. The sweetest varieties approach 40 percent sugar,  bringing new meaning to the words “candy corn.”

We’ve reduced the nutrients and  increased the sugar and starch content of hundreds of other fruits and  vegetables. How can we begin to recoup the losses?

Here are some suggestions to get you  started. Select corn with deep yellow kernels. To recapture the lost  anthocyanins and beta-carotene, cook with the traditional blue, red or purple  cornmeal, which is available in some supermarkets and on the Internet.

In the lettuce section, look for  arugula. Arugula, also called salad rocket, is very similar to its wild  ancestor. Some varieties were domesticated as recently as the 1970s, thousands  of years after most fruits and vegetables had come under our sway. The greens  are rich in cancer-fighting compounds called glucosinolates and higher in  antioxidant activity than many green lettuces.

Scallions, or green onions, are  jewels of nutrition hiding in plain sight. They resemble wild onions and are  just as good for you. They have more than five times more phytonutrients than  many common onions do. The green portions of scallions are more nutritious than  the white bulbs, so use the entire plant. Herbs are wild plants incognito.  We’ve long valued them for their intense flavors and aroma, which is why  they’ve not been given a flavor makeover. Because we’ve left them well enough  alone, their phytonutrient content has remained intact.

Experiment with using large  quantities of mild-tasting fresh herbs. Add one cup of mixed chopped Italian  parsley and basil to a pound of ground grass-fed beef or poultry to make  “herb-burgers.” Herbs bring back missing phytonutrients and a touch of wild  flavor as well.

We can’t increase the health  benefits of our produce if we don’t know which nutrients it contains.  Ultimately, we need more than an admonition to eat a greater quantity of fruits  and vegetables: we need more fruits and vegetables that have the nutrients we require  for optimum health.  Sometimes we may  need education and advice on implementing a diet that will keep us  healthy.   Dr. Dave, at My Remedy Shop,  has the training and supplemental products to help you attain and keep healthy.

This report was compiled by L.W. Heinrichs